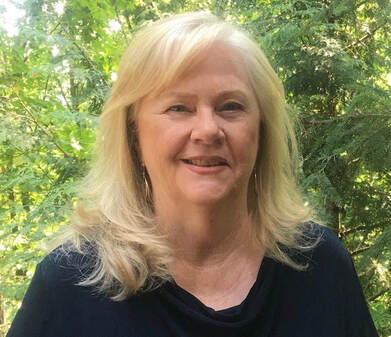 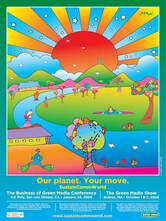 Kathleen is considered a leader in such trade associations as the Society of Independent Show Organizers (SISO) and the International Association of Exposition Management (IAEM) recently renamed IAEE.  She is past Chairperson of the Southwestern Chapter of IAEM and was responsible for the reunification of Southern California, Las Vegas and Arizona as one chapter.

Since its inception, KKA has created and implemented projects for various clients, including new product line launches; the repositioning of two trade publications for Cahners Business Publishing and ST Media Group; extensive market research; the launch of an international trade show and three years of sponsorship sales (CES Mexico); the debut of two new consumer events (MTV Intersection and ESPN Sports Show International); the creation of value-added pavilions to trade shows; and, the creation/production of e-learning Success Awards for Advanstar Communications. Developed, sold and managed the first US Pavilion at Expo Agro in Santiago, Chile for US Department of Commerce.

Brought on to revive Xplor International in 2002, KKA's team doubled sales and expanded marketing to new attendee sectors. The company created and successfully launched Digital Marketing Symposium in partnership with Digital Marketing Corporation and Advanstar Communications at the Jacob Javits Center in New York in March, 2004. They were retained by Democratic National Committee to create and sell the Convention 2004 Commemorative Program. Kathleen joined SustainComWorld as a full partner in 2007 and produced three successful conferences on sustainable media, partnered with Cal Poly San Luis Obispo on two conferences and managed sponsorship sales and event operations. Artist Peter Max created the poster for the events.

A detailed breakout of KKA technology marketing achievements is under Accomplishments Page on this website.

In 2002, KKA began work with the nonprofit sector. For four years Kathleen served as President of the Ojai Shakespeare Festival. In that time she produced the Festival’s first profitable season in 20 years and expanded its Youth Intern Program to include backstage/production internships. Kathleen served as a volunteer media relations and special events instructor at the Ventura County Community Foundation and teaches media relations for nonprofits in Santa Barbara and Santa Clarita.

Beginning in 2008, Kathleen moved into book publicity handling a small number of select memoirs or nonfiction authors who have won awards such as Ivor Davis and his The Beatles and Me on Tour, Alice Rene last book The Other Side of Him, three books by travel memoirist and English spelling authority, John J. Fulford, animal advocate Diane Rose-Solomon's What to Expect When Adopting a Dog, Dr. Gerald L. Fishkin's The Science of SHAME and Its Treatment, and certified appraiser Dr. Elizabeth Stewart's COLLECT VALUE DIVEST.  She expanded into historical fiction with Robert Wang's The Opium Lord's Daughter, which won five awards, and 10 Days by Jule Selbo, has won four prestigious award including Kirkus Indies Mystery, Foreword, Clue and the Maine Literary Awards.  The company also represented Chicksaw Press with several of their award-winning titles. Kathleen specializes in gaining radio interviews, press and blogger stories, and reviews for her clients, working with no more than five authors at a time.

In 2011 and 2012, KKA handled sponsorship sales for the Ojai Wine Festival, produced by the Rotary Club of Ojai-West. In 2011, Kathleen, along with legendary editor Shelly Lowenkopf, created the Pacific Institute for Professional Writing (PIPW). She managed the first Ventura County Book & Author Fair for PIPW, a day long celebration of books and local writers, and is coordinating workshops and seminars for PIPW. In 2012, the event evolved into the Ventura County Writers' Weekend, a two-day educational seminars on the business and craft of writing. For 2015, the event successfully expanded again into the 805 Writers' Conference and moved to Ventura, California where it doubled in size and number of attendees. Also worked on Ojai WordFest, producing educational seminars and a full day at Libbey Bowl. In 2017, KKA became the marketing arm of the ﻿﻿Ojai Film Festival.﻿﻿

In 2014, Kathleen became president of the Small Publishers, Artists & Writers Network (SPAWN) a national literary organization with members in the USA, Canada, Australia and several European countries. She lead the group to increased members and member benefits including New Releases from...SPAWN, a bi-monthly newsletter. SPAWN changed it's name to the Writers & Publishers Network in 2020.

In 2016, Kathleen was named Publicist of the Year by Book Publicists of Southern California for her many contributions not only as a book publicist but promoting writer events throughout Southern California. View her acceptance speech where she tells of how she began this journey at age 16.

Previously, Ms. Kaiser was Director of Expositions for Seybold Seminars, from 1988 to mid-1993. She grew Seybold San Francisco (under 30,000 net square feet) and a hotel conference with a small demonstration area (Seybold Seminars) and developed them into the leading computer publishing events in North America with respective net square of 125,000 and 60,000 in 1993. The driving force behind the successful creation of two additional events, Digital World, launched in 1990, the first conference and show focused on the convergence of computers, publishing, entertainment and the internet, and Windows Solutions, launched in 1993. Kaiser guided exposition marketing of events to public and created marketing opportunities for exhibitors, created public relations, advertising, and attendee telemarketing departments. Took the Expo division from $200,000 loss to 54% of the net profits of the entire Seybold Organization with grosses over $8 million annually. Many of the KKA team members worked with Kathleen at Seybold and continue their working relationship 25 years later.